This is a disaster.

Sources state that there are several countries where college tuition is free or virtually free.  The writer of this blog post was able to study in Germany, and tuition was indeed almost free. (At the time, there was a fee of around 70 Deutschmarks a semester.)

Tuition costs in France are not free, but they are very inexpensive.  Studyineurope.eu reports that bachelor’s programs cost 189.10 EUR per year (roughly $224), and engineering degrees have a tuition fee of 615.10 EUR per academic year (or about $729).

CNBC writes that the total cost of tuition for a degree at a public university in the U.S. could be $250,000 eighteen years from now.

America is no stranger to the concept of free tuition, because public high schools are free.

Where would the money come from?

As it so happens, the website The Intercept reports that the recent increase in the military budget alone is enough to pay for free college.

On September 18th, the U.S. Senate approved an $80 billion annual increase in military spending, to $700 billion for the year 2018.  However, USA Today estimates that the tuition costs at all 4-year colleges and universities is roughly $70 billion a year, which is less than the increase in defense spending.

On Friday, November 18th, the author saw four cars get pulled over within the span of an hour at the motel. It was between 8:00 and 9:00 a.m.  Below are the videos.  The first vehicle pulled over was a red moving van.

This video shows the second car, a white SUV.

On this tape, the policeman pulled over the third vehicle, a white sedan.

In this video, the police pulled over a red Hyundai.

Later, the author (me) was at the El Mio Motel at night when he saw two police cars that had stopped someone. That was on November 23. The speed limit in front of the El Mio is 35 m.p.h., but on most service roads in the area it is 50 m.p.h.

As the author was driving in north Dallas in late October, a Dallas cop pulled over this blue Mitsubishi. The plates read something like BSP 4208. It looked like an unjustified stop.  The Mitsubishi was going with the flow of traffic. 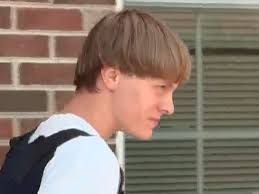 A quick check of the term “rollover” showed an enormous amount of vehicle rollovers just in the last few days.  One in California killed a family of four with two children.  In another rollover, a car hit a power transformer and knocked out power to the area.

This raises the question: is it possible to engineer vehicles (i.e., make them lower, wider, or with better suspension) so that they don’t rollover as easily?  What about self-driving technology?  Can it be used to slow down a car automatically before a curve?