I am posting this because I’ve just never seen anything quite like this.

According to an article in Voices From Russia, pro-Russian militants sing a song after Russian Special Forces arrive with “reinforcements.”

According to the article:

This is a re-blog. The electronic pings were not from MH370.

21 people died in the blaze and 8 were injured.  An 81-year old patient suffering from dementia is suspected of setting the fire at a South Korean nursing home.

The blaze happened at night, and most of the victims were elderly patients unable to walk or move freely.

Bosnia and Serbia are part of the former Yugoslavia, near the Adriatic Sea in Southeastern Europe.  They are mountainous, with a moderate climate and great cultural history.

The area maintains high literacy, life expectancy, and education levels, and includes major cities like Belgrade and Sarajevo.   The region has also had a huge rise in tourism – projected to have the third highest tourism growth rate in the world between 1995 and 2020.

Earlier this month, over the course of three days, three months’ worth of rain fell on Bosnia, Serbia, and Croatia, which produced the worst floods since rainfall measurements began 120 years ago.

Almost 1 million Bosnians have either been evacuated or have left their homes because of flooding or landslides.

An estimated 50 people have died, with more casualties expected.

The flooded area covers a territory larger than the U.S. state of Massachusetts.

One more problem:  The rains have unearthed and moved many of these land mines, and it is no longer clear where all of them are.   Flood waters triggered more than 3,000 landslides across the Balkans on Sunday – an estimated 2,100 in Bosnia and another 1,000 in Serbia.

The mudslides moved into towns and villages, and they moved the mines and the warning signs that marked them.  Some of the mines are made of plastic and could be moved quite a distance in the water.

A judge struck down the law last April, 2014, and the law is now in some kind of legal “limbo.”  It is supposedly still in effect, and the state went ahead and enforced the voter ID laws during the Arkansas primaries on Tuesday.

After checking ID, election workers quizzed voters on their personal information, and they used electronic card strip-readers to verify ID.

However, these things apparently go beyond what the law allows.

In addition, large numbers of absentee ballots also are in danger of not being counted.

Apparently, voters are supposed to send ID with absentee ballots, but often that didn’t happen.

The director of the state Board of Election Commissioners Justin Clay said the state’s training program for poll workers had made clear that the law allows them only to verify the name and picture on voters’ ID.

However, the official response in Arkansas has been lackadaisical.

Clay said he had spoken to one county involved, which assured him that it had trained its poll workers correctly. He was asked if there was a plant to investigate further.

“No plan at the moment,” said Clay, adding that unless the board received complaints from voters or from county clerks on voters’ behalf, there wasn’t much it could do.

Lake Baikal runs 400 miles through south-eastern Siberia in Russia, near the border of Mongolia.  By most definitions, it is the largest freshwater lake in the world.  It is the deepest, at more than 5,300 feet, and has the greatest water volume.  It is also the largest by surface area – larger than Lake Superior.  Roughly one-fifth of all the fresh water in the world is in Lake Baikal.

Anyone who does some research about Lake Baikal may come across a certain legend from the 1980’s.

This post is neither to confirm nor deny this legend.  It is only to inform – and entertain – the reader.

Fishermen and sailors used to tell of powerful lights coming from the deep and objects flying up from the water at Lake Baikal, and of flashes similar to arc or electric welding underwater.

In the summer of 1982, Soviet Navy divers had been holding reconnaissance training exercises in Lake Baikal.

At some point during or after the training exercises, Major-General V. Demyanko, commander of the USSR Military Diver Service of the Engineer Forces of the Ministry of Defense showed up to talk to Shteynberg and Zverev about an incident at Lake Baikal.

The swimmers were clad in tight-fitting silvery suits, although the water was icy-cold.

At the depth of fifty meters (160ft), these “swimmers” had neither scuba diving equipment (oxygen tanks), nor any other equipment – only sphere-like helmets concealing their heads.

The local military commander made the decision to try to capture one of the strange “swimmers.”   He sent a group of seven divers down for this reason.

The divers went underwater and tried to cover a creature with a net, but then the entire group of divers was somehow thrown up to the surface.

The divers’ equipment did not allow surfacing from such depths without going through a process of decompression stops, and all of the members of the expedition got Caisson disease, or “the bends.”

The only treatment available consisted of decompression in a pressure chamber. They had several such pressure chambers in the military region, but only one was in working condition. It could contain no more than two persons.

The local CO forced four divers into the chamber.  As a result, three of them (including the leader of the group) died and the rest became invalids.

Demyanko rushed to the other lake to warn Shteynberg and Zverev against taking such actions.   The lake in Kyrgyzstan was also similarly deep.

A short time later, the staff headquarters of the Turkmenistan military region received an order from the top commander of the Land Forces.

The order consisted of a detailed analysis of the Lake Baikal events and reprimands, and it included a bulletin from the headquarters of the Engineer Forces of the Ministry of Defense.

The bulletin listed numerous deep-water lakes where there had been registered sightings of unusual phenomena, including appearances of underwater creatures analogous to those at Lake Baikal.

Such documents, without exception, were highly classified and “for the eyes” of a very limited circle of military officers.

The territory under Shteynberg’s jurisdiction also had a water reservoir, Sarez Lake. It was roughly a kilometer and a half deep. Sarez is visible to those stationed at a “tracking point” in the Pamir Mountains (where they track American SDI satellites, among other things).

Instruments and devices of the Soviet military sub-unit (that had been doing the “tracking”) had repeatedly registered submersion of disc-like objects, and their surfacing and subsequent liftoff at Sarez Lake.

According to the Svobodnaya Pressa news website, the Russian Navy has declassified its records of encounters with unidentified objects.  The files of the Russian Ufology Research Center also contain much more information about Russian underwater sightings, including statements of Naval officers and intelligence operatives.

This is a re-blog. More medics being sent to Southeast Ukraine. More chiefs of surgical and therapeutic clinics and officers are present with the groups.

On Tuesday, May 20, specialists from the Military Medical Clinical Center of the Central Region arrived by military aircraft (AN-26 plane) in regions where they will provide medical care for the military units serving  on the eastern and southern borders of Ukraine, reports Ukraine’s Ministry of Defense. 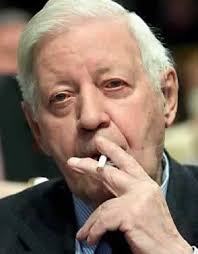 Granted, the man is now 95 years old and a German national.  He may not have the same views as your average person.

Helmut Schmidt was  the Chancellor of Germany from 1974 to 1982.  He was a left-wing Social Democrat.  (He is not to be confused with Helmut Kohl of the center-right Christian Democrats.)

Schmidt generally lays blame on the European Union for trying to force Ukraine to choose between the East and West.

But he also said this:

“I think very little of talking up the threat of World War III, and especially of demands for more money to arm NATO,” said Schmidt, “But the danger that the situation gets ever more tense, as it did in August 1914, is growing day by day.”

“The situation to me seems increasingly comparable to the eve of war a century ago,” he added.

In 1976, Reagan gave his famous “Welfare Queen” speech about a woman who had committed welfare fraud.

“In Chicago, they found a woman who holds the record,” Reagan said at a campaign rally that year.  “She used 80 names, 30 addresses, 15 telephone numbers to collect food stamps, Social Security, veterans’ benefits for four nonexistent deceased veteran husbands, as well as welfare. Her tax-free cash income alone has been running $150,000 a year.”

He never actually used the term “Welfare Queen” in that speech, though he did in a radio address later. Credit for the term is given either to The Chicago Tribune or Jet Magazine, who used the term at about the same time, and before Reagan used it.

Several pundits over the years – from Paul Krugman to Chris Matthews – have dismissed Reagan’s talk of a “Welfare Queen” as a fictional story or a “gross exaggeration” used to rally Reagan’s base and drum up support for the cause of downsizing public aid programs.

It is true that the story was used to support Reagan’s agenda, but she actually was a real person – and her name was Linda Taylor.

The original story about Ms. Taylor came in 1974 from the The Chicago Tribune:

“Linda Taylor received Illinois welfare checks and food stamps, even tho[ugh] she was driving three 1974 autos—a Cadillac, a Lincoln,and a Chevrolet station wagon—claimed to own four South Side buildings, and was about to leave for a vacation in Hawaii,” wrote The Tribune.

The Tribune referenced a report that detailed a lifestyle of “false identities that seemed calculated to confuse our computerized, credit-oriented society.”

There was evidence that the 47-year-old Taylor had used three Social Security cards, 27 names, 31 addresses, and 25 phone numbers to fuel her thievery, and she had 30 different wigs.  Taylor had gained a reputation as a master of disguise.  She had tried to pull herself off as different ages, nationalities, and races.

As the Tribune and other outlets stayed on the story, those figures continued to rise. Reporters noted that Linda Taylor had used as many as 80 names, and that she’d received at least $150,000 in illicit welfare cash.

These would be the figures that Ronald Reagan would cite on the campaign trail in 1976.

The Legislative Advisory Committee on Public Aid told the Tribune, “She is without a doubt, the biggest welfare cheat of all time.”

One of the assistant state’s attorneys prosecuting Taylor told the UPI that the rumors about Taylor were “probably” true.  “But what makes me angry about all the stories is that most of them are not indictable,” she said. “We simply don’t have the facts on all of those things.”

The hard evidence—canceled AFDC checks, and Medicaid ID cards under multiple names— only allowed the state to charge her with stealing $8,000.

According to Wikipedia:  “Taylor was ultimately charged with committing $8,000 in fraud and having four aliases.  She was convicted of illegally obtaining 23 welfare checks using two aliases.  She was sentenced to two to six years in prison.”

In reality, Taylor had also been investigated for homicide, kidnapping, and even baby trafficking.  But she was never charged with those crimes.

The welfare trial was in 1977, and in February 1978, Taylor entered Illinois’ Dwight Correctional Center.  When her sentence was up, she changed her name and left Chicago, and the cops who had pursued her in Illinois lost track of her whereabouts.

There seems to be a general consensus among those who have written about Linda Taylor that she was quite a dedicated criminal.

Whether it is fair to project her story onto an entire group of people (such as public aid recipients)  is another question.