Germany’s defense minister said the arms would be sent in three shipments, starting next month, and would initially be enough to equip a brigade of 4,000 Peshmerga fighters.

Deutsche Welle states that Germany has shipped more than 100 tons of aid deliveries to help refugees in the country. In addition to humanitarian aid, Germany is also going to send military equipment to help support Kurdish fighters. The first package has already been put together. It contains defensive equipment such as helmets, body armor and walkie-talkies but not weapons.

There are six soldiers based at the German consulate general in Erbil that have been tasked with delivering military equipment.  If needed, they will also coordinate instructions on site, according to the website of the German armed forces.

There are some critics in Merkel’s government coalition. Opposition Left party is critical of arms transfers to crisis areas; the Green opposition party has not yet expressed a party view on the issue.

The German government has announced that they will let parliamentarians vote Monday on sending weapons to Kurds in Iraq, even though the government doesn’t have to follow this procedure from a formal point of view. It’s widely expected to achieve a majority in parliament.

However, according to a recent poll, two thirds of Germans are against weapons deliveries.

Since the beginning of June, the United States has helped peshmerga fighters and the Iraqi army by carrying out air strikes and supplying military equipment.  Other countries have said they intend to send weapons and ammunition as well, including Albania, France, the UK, Canada and Croatia. Denmark wants to provide a cargo plane. Iran delivered weapons last Tuesday. 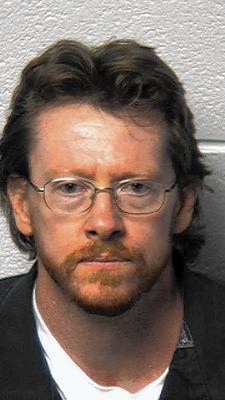 In court Friday, he said that he not only wanted to waive his appeals and accept his death sentence, but he also pushed for that execution to be carried out as quickly as possible.

Northampton County Judge Emil Giordano said he wanted Ballard to be evaluated by a psychologist before he gave up on his appeals, but the killer surprised the judge by calling it pointless and an unnecessary delay.

“There’s no question of my sanity,” Ballard told Giordano, who ordered the evaluation nonetheless. “At this point, it just stalls the process even further.”

Judge Emil Giordano said he would like Ballard to have a mental health evaluation and return to court in roughly 45 days.

“I understand the court’s hesitancy to make the determination,” said Ballard, who has had previous evaluations. “The reason I’m opposed to it is that it’s not necessary. There is not a question as to my sanity.”

Giordano told Ballard he worried the defendant was asking him to “short circuit the legal system,” but Ballard said he didn’t see it that way.

“My intent is not to delay this matter,” Giordano said. “However, I am given this very difficult decision to make.”

Friday’s hearing was scheduled at the request of Northampton County District Attorney John Morganelli, who wanted Ballard to state his intentions on the record to a judge.

The last death row inmate executed in Pennsylvania was Gary Heidnik in 1999, in a similar situation.  He also gave up the right to appeal.

There’s been very little talk from the NRA and gun owners about this gun club.  TYT video.

Saturday, the U.S. held air strikes around Amerli in support of Iraqi troops. The Pentagon said the strikes would be “limited in their scope and duration.” The strikes appeared to swiftly tilt the balance in favor of Iraqi government forces.

Militia leaders aiding the offensive and Iraqi government officials had said that a coordinated assault to clear the Islamic State-controlled towns around Amerli began after nightfall in Iraq on Saturday.

Amerli is a mostly Shi’ite town in Iraq about 100 miles north of Baghdad. I.S. militants have had the town of Amerli cut off from food, water, and medical supplies. The town is home to 18,000 Shi’ite Turkmen. Officials have begged British and American forces to intervene on their behalf before it is too late.

Jihadists had surrounded the town in June, preventing food and other aid from reaching the population there.

Residents had armed themselves to fend off the militants, who have made sweeping gains across the country in recent months, but critical supplies began to run low.

“There are children who are only eating once every three days,” Dr. Ali Albayati, who lives in the town, told the BBC. “It is a humanitarian disaster – 20,000 people in Amerli are fighting off death.”

The Iraqi military had delivered aid and evacuated some vulnerable residents from the town over the past two months. But the assistance had limited impact, residents said.

Last week The U.N.’s representative in Iraq, Nickolay Mladenov, expressed alarm about the situation and warned of a possible massacre should the Islamist militants overrun the town.

The U.S. strikes and coordinated humanitarian aid drop marked the second time this month that the United States has intervened militarily in Iraq to prevent a jihadist attack on thousands of trapped civilians.

250 soldiers were captured during the weekend when Islamic State Sunni militants seized an air base in the province of Raqqa, in northern Syria.

Reuters claims a video of the execution was verified by an IS fighter. “Yes we have executed them all,” he said.

US President Barack Obama said the US was working to get more countries on board in order to strike at IS.

He said: “We are going to work politically and diplomatically with folks in the region, and we’re going to cobble together the kind of coalition that we need for a long-term strategy as soon as we are able to fit together the military, political and economic components of that strategy.”

Mr Obama said it was time for Middle Eastern nations to “stop being ambivalent”.

The latest video of IS brutality to have emerged shows the bodies of scores of men wearing nothing but their underwear lying face down.

The soldiers were apparently militia forces loyal to President Bashar al Assad. Tabqa is the location of the Syrian airbase captured by IS in the last few days.

The head of the UK-based Syrian Observatory for Human Rights later confirmed that Syrian soldiers had been “executed” at three different places, resulting in the deaths of at least 160.

Meanwhile, the United Nations says an armed group has detained 43 UN peacekeepers from the Philippines and Fiji in Syria’s Golan Heights. A further 81 peacekeepers are also trapped, the UN has said.

On Sept. 15, 1963, there was a bombing at the Sixteenth Street Baptist Church in Birmingham, Alabama.  It was one of the most bizarre crimes of the civil rights movement.

The men convicted of the crime did not go to jail until decades later.

The Baptist church was a center for civil rights meetings, and just a few days earlier, courts had ordered the desegregation of Birmingham’s schools.

Four young girls attending Sunday school—Denise McNair, Cynthia Wesley, Carol Robertson, and Addie Mae Collins, aged 11 to 14—were killed when a bomb exploded at the church. Twenty others were injured.

Bobby Frank Cherry, a demolitions expert, and three other white supremacists—Robert Chambliss, Thomas Blanton, and Herman Cash—were under investigation within days of the bombing.

However, two years later, FBI Director J. Edgar Hoover declined to pursue the case, saying the chances for conviction were “remote.” In 1968, federal authorities shut down the investigation.

In the 1970s, after a U.S. Justice Department investigation revealed that Hoover had blocked evidence, Jefferson County, Ala., prosecutors reopened the case.

More than a decade-and-a-half after the crime, the ringleader, Robert Chambliss, was convicted of one count of murder in the death of Denise McNair in 1977. He died in prison in 1985 without ever publicly admitting a role in the bombing.  Herman Cash died in 1994 and was never tried.

The remaining two suspects in the case, Thomas Blanton and Bobby Frank Cherry, were finally indicted in 2000—more than two decades after Chambliss’s conviction—when an FBI agent in Birmingham obtained more than 9,000 FBI documents and surveillance tapes that had been kept from the original prosecutors.

Bloody Sunday was an episode of police brutality.

On March 7, 1965, state troopers and sheriffs in Selma, Ala., attacked 525 civil rights demonstrators taking part in a march between Selma and Montgomery, the state capital.

As the demonstrators crossed the Edmund Pettus Bridge in Selma, they were ordered by the police to disperse. When they stood in place, the troopers charged at them.

According to the New York Times:  “The first 10 or 20 Negroes were swept to the ground screaming, arms and legs flying and packs and bags went skittering across the grassy divider strip and on to the pavement on both sides.”

“Those still on their feet retreated. The troopers continued pushing, using both the force of their bodies and the prodding of their nightsticks.”

The police also fired tear gas at the crowd and charged on horseback. More than 50 demonstrators were injured.The Times described a makeshift hospital near the local church: “Negroes lay on the floors and chairs, many weeping and moaning. A girl in red slacks was carried from the house screaming.” Amelia Boynton lay semiconscious on a table. “From the hospital came a report that the victims had suffered fractures of ribs, heads, arms and legs, in addition to cuts and bruises.”

That was America’s Bloody Sunday.

An explosion at a BP oil refinery in northwestern Indiana along Lake Michigan rattled nearby homes and sparked a fire that was later extinguished, but it didn’t cause any major injuries or halt production at the facility, a company official said Thursday.

The explosion Wednesday night at the Whiting, Indiana, refinery just east of Chicago was caused by a fire in a compressor on a processing unit, BP America spokesman Scott Dean said. It happened about 9 p.m. and was extinguished by the plant’s fire department within a couple of hours.

One employee was taken to a hospital as a precaution, but was later released, Dean said. Refinery operations were “minimally” affected by the fire, he said.

The refinery covers about 1,400 acres along the lake’s shoreline.

Oddly, wholesale gasoline prices surged in Chicago on Thursday after the fire.