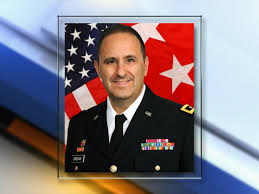 The highest-ranking U.S. military officer to be killed in America’s post-9/11 wars will be laid to rest at Arlington National Cemetery.

The two-star general was an engineer who worked his way up through the ranks in a 34-year Army career.

Greene’s deployment to Afghanistan in January was his first to a war zone. He was killed on Aug. 5 when a gunman believed to be an Afghan soldier opened fire at a military academy near Kabul.

The 55-year-old Greene lived in Falls Church, Virginia, and is survived by his wife and two grown children, including a son who is an Army lieutenant.