According to Vox, American Sniper has a problem. It’s a movie about a black-and-white distinction between good and evil, but it is set almost entirely in the Iraq War, which can only be honestly portrayed in shades of gray.

Faced with a choice between altering its narrative to account for that gray versus altering the facts of history, the film chose the latter.

Vox states the movie doesn’t care about honesty: in its retelling, Iraq was a fight of Good Americans against Bad Terrorists, led by Chris Kyle, the “Good-est” American of them all.

The result is a sort of “Hezbollah martyr video” for those who watch Fox News; recruitment propaganda for culture-war extremists. In the world of this movie, the Iraq war is an extension of the war on terror; heroes with guns are our only hope of salvation; and anyone who doubts that is part of the problem. And the propaganda is frighteningly effective.

Warning: This article discusses the plot of American Sniper. 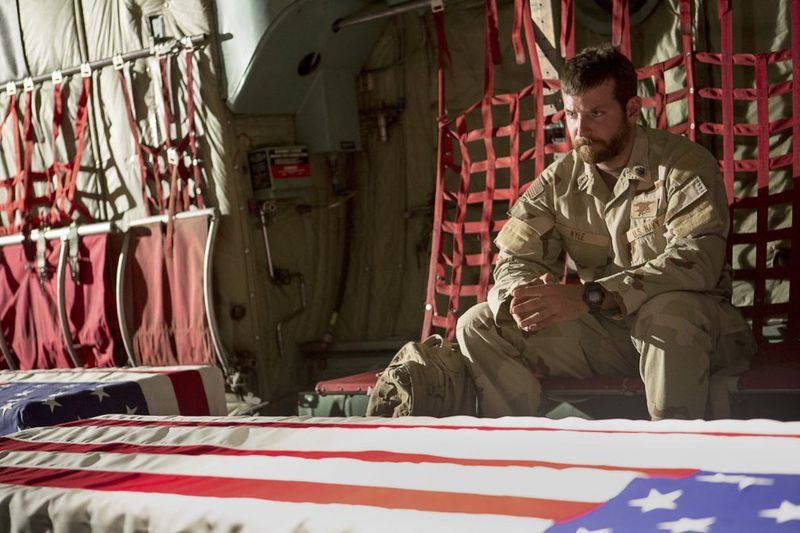 The movie’s central metaphor is this:

There are three types of people in the world – wolves, sheep, and sheepdogs. The evil wolves threaten the sheep. The sheep are good people, but vulnerable to harm because they’re too naive to understand that evil exists. That means that it’s up to the sheepdogs to protect them from harm.

In that metaphor, Kyle is America’s border collie, shepherding the weak and vulnerable away from harm. The movie’s Big Bad Wolves are al-Qaeda terrorists.

The sheep would be the other Americans who lack Chris Kyle’s vision and fortitude, and fail to understand that you’re either with us or against us.

That includes fellow US troops who lack Kyle’s skill, or who dare to question the war. Iraqis, by contrast, are not sheep: in this movie they’re either wolves themselves, or nameless collateral damage. Mostly wolves, though.

Vox states that American Sniper stacks its deck, and is using imaginary history and characters to give Kyle a suitably evil foe to fight.

It’s never good to see a movie falsify a true story, and American Sniper‘s disdainful attitude towards the truth is especially disingenuous in light of its broader narrative: “you’re either with us, or you’re a naive sheep.”

To maximize the bigness and badness the enemy, American Sniper rewrites history, turning the Iraq War into a legitimate response to the attacks of September 11, 2001.

The film finds time for entire scenes of Kyle viewing TV news reports about al-Qaeda’s 1998 bombings of US embassies, and the planes hitting the Twin Towers on 9/11.  When Kyle gets to Iraq, his commander explains that they are hunting the leaders of al-Qaeda in Iraq. The inference we’re supposed to gather is clear: that Kyle is fighting the same people who attacked America in 1998 and 2001.

By contrast, the actual reasons for the Iraq war go unmentioned. The words “weapons of mass destruction” are never uttered in the movie. Nor are “Saddam Hussein,” “George Bush,” “Sunni,” or “Shia.”

On an episode of his podcast We the People with Jesse Ventura, Ventura explained there were still many “misconceptions” about his recent lawsuit.

According to People Magazine, Ventura claimed Kyle falsely accused him of saying he hates America and that the SEALs “deserve to lose a few” in the war. Ventura was awarded $1.8 million in damages: $500,000 for defamation and $1.3 million for unjust enrichment.

According to Vox, in real life, Chris Kyle argued that America owed its troops support because those troops did not get to choose the wars they fought, or the strategy they followed: they wrote the government a blank check for their lives and waited to see if it would get cashed.

Vox:  “There’s a very interesting movie to be made about that idea, and what it means to be heroic during a misguided war.  American Sniper isn’t it.”