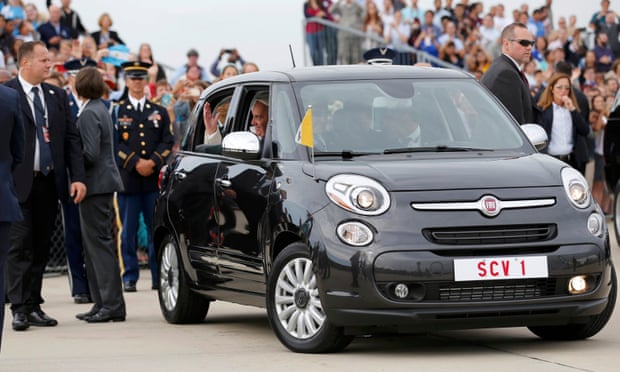 During his trip to the U.S., the Pope has refused to ride in a limousine, and instead has been driven around in a modest Fiat 500 from the airplane.

MSNBC reports on the Pope’s departure from Joint Base Andrews in a small Fiat after saying goodbye to President Obama and the First Lady.