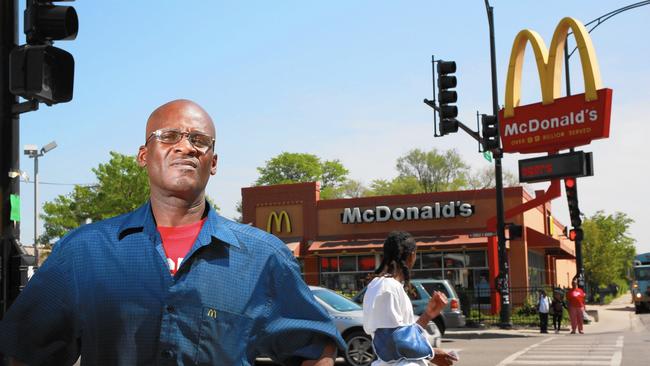 Recently, the L.A. Times wrote an article asking:  “What would the national economy look like with a $15-an-hour minimum wage?”

Community activists and politicians see a $15 minimum wage as the solution to rising inequality, and a way to reduce poverty and stimulate the overall economy.  However, there are business owners who claim it will tie their hands in economic downturns, drive small employers out of business, and lead to layoffs. The minimum wage is a legitimate issue.

The L.A. Times writes that some low-wage workers must choose between buying shoes for their children or paying a phone bill.  This raises an age-old American question: are people who work full-time but make a low wage lazy? And if they work full-time, how could one claim they are lazy?

The reality is not always simple:  according to the L.A. Times, an increase to $15 an hour would ripple through the U.S. economy in some unexpected ways that are, generally, not as bad nor as beneficial as each side claims.

What towns and cities have adopted the $15/hr minimum wage?  Seattle, San Francisco, and most recently Los Angeles have adopted a floor of $15 an hour to take effect over the next few years. The federal minimum-wage is at $7.25.

Other cities such as Chicago. Oakland and Washington, D.C., have raised the minimum wage, but not as much.  At least a dozen other cities and states, including New York and Oregon, may soon follow, according to The L.A. Times.

The recent movement is rooted in years of stagnant wages and a general disaffection from the slow and uneven recovery since the Great Recession officially ended in 2009. Like the “Gilded Age” in the late 1800s, the last quarter-century has seen fabulous income gains for corporations and individuals at the top, but very little for everybody else.

It’s true that higher minimum wages would address some of that inequality, lifting many Americans from poverty.

Almost 60% of workers who are paid on an hourly basis — some 44 million people — currently make less than $15 an hour, Labor Department figures show. If the minimum went up to $15 tomorrow, nearly half of those workers would get at least a 50% bump in pay.

And it’s not just teenagers and young adults who would benefit.  Many people earning less than $10 an hour today  – more than 8.4 million – are between ages 25 and 54.  About 62% of these workers are women, and many with children.

The benefits from higher wages could be offset for many by a reduction in government benefits that low-wage workers now receive, such as child-care subsidies or public aid for food, housing and medicines.

Millions of workers would have more money in their pockets to spend, boosting demand for goods and services. However, they would also likely face higher prices in the marketplace as retailers, restaurants, child-care centers and other businesses that employ low-wage workers shift the higher labor costs to their customers, writes the L.A. Times.

The question, of course, is if prices would rise as much as wages.

Right-wing radio show host Glenn Beck seems to believe that the minimum wage is a plot to foment unrest and revolution.

Fox News’ Bill O’Reilly downplayed the impact of raising the minimum wage on his show recently, claiming only an “infinitesimal” number of people would be impacted.  He ignored the 27.8 million Americans that would benefit from a raise in the minimum wage.

On the January 21 edition of Fox News’ The O’Reilly Factor, host Bill O’Reilly and network contributor Eric Shawn tried to undermine President Obama’s minimum wage initiative, and diminished the number of Americans that would be impacted by raising the minimum wage.

O’Reilly asserted that only “a very low number” of people make  “minimum wage anyways,” claiming that the number of people who would be impacted by the change would be “infinitesimal” and saying Obama has been “misleading everybody” by insisting a raise would have a big effect:

However, according to the Economic Policy Institute, raising the federal minimum wage to $10.10 per hour by 2016 would “raise the wages of 27.8 million workers.”

According to a Congressional Budget Office report, the “ripple effect” of raising the minimum wage would benefit 16.5 million workers, and would lift nearly one million people out of poverty.