During last Sunday’s broadcast of Fox and Friends on Fox News, television host Pete Hegseth took part in an ax-throwing contest on television. Behind the target was the West Point Hellcats marching band. The ax missed the target and we can see what happens next…

On Saturday morning, drummer Jeff Prosperie posted to his Facebook a message about it:

I was hit by an axe while performing a drum solo live on National TV…..words I never imagined saying! This happened last Sunday and I have been reluctant to post but starting to receive inquiries from concerned family and friends. I am thankful to God that the double sided blade only hit broadside on the outer elbow with significant impact and a couple of cuts as it fell along my wrist. It could have been much worse or fatal. Focusing on full physical and emotional recovery.

My leadership told me they were told there would be no axe throwing. I think the anchor person went rogue and decided to throw it. He had only thrown it once before in practice for an upcoming segment and they told him to throw it with more force. The vid you see is edited showing the Televised portion of the throw and then edited to a portion that was taken on someone’s phone of us being videoed. The part that was actually televised showed the overthrown axe and then segued to us for the drum solo bump, only showing me walking behind the section holding my arm. The actual part where the axe hit me was not televised. Poor decision, obvious negligence, should not have happened, could have been avoided. When shooting or throwing, always know what is behind your target.

There is a rumor on the internet that rap artist Kanye West had 60 kids thrown out of a Chuck E. Cheese restaurant so that his kid North West could play with the toys alone.

Kanye called into the New York radio station Hot 97 FM on June 11th  to deny reports that he threw kids out of a Chuck E. Cheese in Los Angeles so North could have the place to herself.

West claims that he’s never even been there before.

It was reported that Kanye West asked his security detail to remove 60 kids from a Los Angeles Chuck E. Cheese because his wife Kim Kardashian believes that “North likes to play by herself.”  However, the hip-hop star denied the story by calling into the radio station on June 11th, and by going on the offensive, writes Hot 97 FM.

“I haven’t even been to Chuck E. Cheese, but I’m glad that I heard that, so I could intercept it,” Kanye said. He also added, “First of all, they should be paying me to even say their name. I’m trying to stay off the carbs, I don’t even eat pizza! What am I going to do at a Chuck E. Cheese?”

Benjamin O. Davis Jr. entered West Point in 1932 as its only black cadet and spent the next four years shunned, writes the Associated Press.

He roomed alone, and no one befriended him. The future Tuskegee Airman and trailblazing Air Force general later said he was “an invisible man,” writes AL.com.

Now – more than a decade after his death – the academy that allowed Davis to be ostracized is giving him an honor.

A new cadet barracks being constructed at the U.S. Military academy will be named for Davis. It is a rare privilege previously granted to graduates like MacArthur and Eisenhower, writes the New Zealand Herald.

Officials at the legendary military university say Davis was a good choice because of his career and character. It also gives the academy a chance to belatedly do right by Davis.

“If you want to know what, ‘Duty, Honor, Country’ look like, just read a little bit about Benjamin O. Davis Jr., and your jaw will drop because he is the epitome of what we want at a time when we didn’t know what ‘right’ looked like,” said Colonel Ty Seidule, the head of West Point’s history department, writes the Salt Lake Tribune. “So it’s our chance to acknowledge one of our greatest graduates.”

This Kardashian-West family is no stranger to controversy.

It hasn’t been two weeks since Kanye pretended to crash the stage at the Grammys again. And just days ago Kim’s sister, Khloe, got in a Twitter war with Amber Rose.

This week, Kim posted a photo of daughter North West in a baby bulletproof vest, according to HLN.  The attire is part of Kanye’s new fashion line for Adidas.

Kanye told Style.com that one of his influences for the line was the London riots.  “I was living in London at that time and saw the way that the kids wanted the clothes and I didn’t have the skill set to do the more inexpensive clothes,” he told the publication.

“North West has been attending shows at New York Fashion Week — including Kanye’s own show — with her parents. According to reports, she has had a few meltdowns during the shows,” according to HLN. 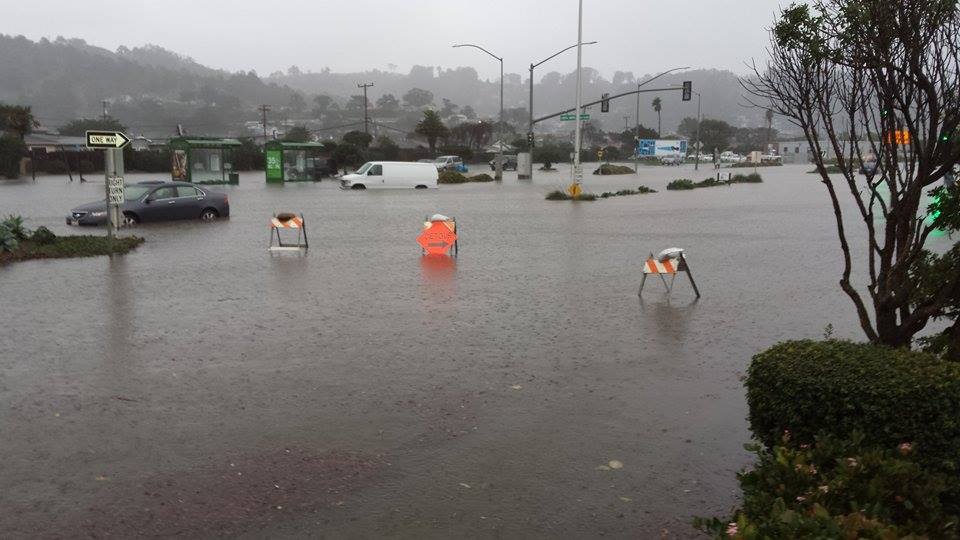 In some parts of northern California, the storm produced hurricane-force winds of 78 mph and one gust of 147 mph in the Sierra.

The storm is one of the strongest to hit the West Coast in years.

Authorities in Southern Oregon say high winds toppled a tree atop a 40-year-old homeless man sleeping in a tent along the Pacific Coast Trail.

A teen died of storm-related injuries Thursday evening in the Portland, Ore. area after a very large tree fell onto a vehicle, apparently causing the woman who was in the car with him to swerve into another tree.

The teenage boy was pronounced dead at the scene. The woman was was seriously injured and taken to a nearby hospital.

Power in San Francisco’s Financial District, in the heart of the city, went out shortly after 7 a.m. PT, forcing the evacuation of thousands of workers from skyscrapers over several blocks. The iconic Bank of America was darkened.

Municipal buses were abandoned on city streets because they had no power.

Traffic was gridlocked on Highway 280, the stretch of road that connects San Francisco to San Jose.

Every 15 minutes or so a National Weather Service interrupted radio reports to warn residents not to drive through flooded areas.

In San Francisco, electricity was knocked out from the Marina to the financial district and beyond. The power outages stretched over thousands of square miles, from near the Oregon border to Big Sur on California’s Central Coast.

San Francisco’s cable car system was shut down before the storm hit because of concern over the effectiveness of brakes on the aging cars in wet conditions.

ABC: “The death of Dr. Godfrey George, medical superintendent of Kambia Government Hospital in northern Sierra Leone, was a blow to efforts to keep desperately needed health care workers safe in a country ravaged by the deadly virus.”

Sierra Leone’s small health care system has been strained by the virus, making it difficult to care for patients.

Its health care system was already fragile before the Ebola epidemic because of past conflict and a lack of resources.

George’s overnight death was announced by Dr. Brima Kargbo, Sierra Leone’s chief medical officer. George had been driven to the capital, Freetown, after reporting that he was not feeling well.

Doctors and nurses have been particularly vulnerable to contracting Ebola, as the virus is spread through bodily fluids.  WHO chief Margaret Chan has talked about the disease’s “heavy toll on frontline domestic medical staff.”