According to the World Health Organization (WHO), MERS – Middle East respiratory syndrome – is a viral respiratory disease caused by a coronavirus (MERS‐CoV) that was first identified in Saudi Arabia in 2012. Coronaviruses are a family of viruses that can cause diseases from the common cold to Severe Acute Respiratory Syndrome (SARS).

Where can MERS be found?

The vast majority of these cases have so far occurred in the Kingdom of Saudi Arabia, according to WHO.

180 cases – including 29 deaths – have been reported in South Korea due to MERS, writes the International Business Times.

He supports conservative Christian ideals, and he presently serves as chancellor and CEO of Regent University and chairman of the Christian Broadcasting Network.

Robertson recommended recently that a Christian woman working with Buddhists quit her job.

He told viewers on Monday that Buddhism was like a “disease” and that Christians could get “infected” if their coworkers practiced it.

In the biggest criminal case ever brought in the U.S. over contaminated medicine, 14 owners or employees of New England Compounding Pharmacy of Framingham, a Massachusetts pharmacy, were charged Wednesday in connection with a 2012 meningitis outbreak that eventually killed 64 people.

Federal prosecutors accuse a founder and pharmacist of killing 25 people and spreading a scourge of meningitis across the United States in 2012, according to a scathing indictment.

Barry Cadden, a co-founder of the business, and Glenn Adam Chin, a pharmacist who was in charge of the sterile room, were hit with the most serious charges, accused in a federal racketeering indictment of causing deaths of patients in several states by “acting in wanton and willful disregard of the likelihood” of death or great bodily harm.

Cadden, Chin and others were accused of using expired ingredients in drugs, failing to properly sterilize drugs and failing to test drugs to make sure they were sterile.

Chris Hayes looks at the media’s response to Ebola. 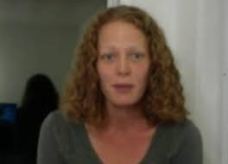 Currently, there is only one diagnosed case of Ebola in the U.S. – that of Dr. Craig Spencer in New York.

Ebola first came to the U.S. on August 2nd, when Dr. Kent Brantly returned to the U.S. from working in West Africa.

That didn’t stop people from making threats against nurse Kaci Hickox and her boyfriend Ted Wilbur in Fort Kent, Maine.

Tom Pelletier, Fort Kent’s chief of police, said he had received calls from people who wanted him to arrest Hickox, local media reported.

Wilbur told the Press Herald newspaper that he has withdrawn from his nursing program at the University of Maine at Fort Kent because university officials were not doing enough to stop threats against him.

The couple has decided to move out of state.

Kaci Hickox, the nurse who defied a mandatory Ebola quarantine in Maine and cast a spotlight on what critics saw as an overreaction to the dangers posed by health workers returning from West Africa, plans to move out of state, it was reported Saturday.

Hickox and her boyfriend, Ted Wilbur, are leaving Fort Kent after Monday, the last day of the disease’s 21-day incubation period and the day when a judge’s order that she be monitored for the disease expires, The Associated Press reported.

The Portland Press Herald reported that the couple will move to another state, and that Wilbur recently withdrew from an accelerated nursing program at the University of Maine, also in Fort Kent.

Hickox has shown no signs of the deadly disease that has killed nearly 5,000 people in the West African countries of Liberia, Sierra Leone and Guinea.

She was briefly placed into isolation in New Jersey upon her arrival on Oct. 24 from Sierra Leone where she was treating Ebola patients, and then allowed to travel to Maine, where the governor and health officials had sought to impose a mandatory quarantine. But a judge refused to impose that order, and instead allowed her to leave her home as long as she was monitored for symptoms.

It is not clear what the reasoning would be behind quarantining people who aren’t sick.

A faulty thermometer at the airport showed she had a fever, but she later tested normal for that as well.

According to the Washington Post, she may not have intended to become the center of a political debate, but she is one now.

When the registered nurse — fresh from fighting Ebola in Sierra Leone — spoke out against a mandatory quarantine in New Jersey, Gov. Chris Christie was the first Republican to intervene.

While refraining from attacking Hickox personally, Christie took up an unusual rallying cry for a member of the party of Reagan: the need for big government to contain a mess.

“The government’s job is to protect [the] safety and health of our citizens,” Christie said on “Fox News Sunday.” “And so we’ve taken this action, and I absolutely have no second thoughts about it.”

Christie then apparently had second thoughts on Monday, when he freed Hickox from quarantine after supposedly talking to, among others, President Obama.

The left took up her cause.  “When Kaci Hickox stood up to Governor Chris Christie for quarantining her against her will and claiming she was ‘obviously ill’ when she wasn’t, she did more than bring a little sanity to our Ebola-panic politics,” the Nation wrote. “She also struck a blow for all the teachers, nurses, public employees, minimum-wagers and workers of all kinds that Christie has bullied, belittled and silenced over the years.”

When back at home in Maine, Hickox defied another mandatory quarantine from another Republican governor, the partisan divide over her irresponsibility or moxie only deepened.

To the right, she was a do-gooder who fell from grace, trading praiseworthy humanitarian work for arrogant grandstanding as she and her boyfriend set off on a defiant bicycle ride with a group of TV camera crews in tow. To the left, she was a hero standing up to “bully governors.”

“There is something uniquely jarring about a display of selfish insolence from someone who is so praiseworthy in other respects,” Townhall wrote in a piece called “Kaci Hickox, Self-Absorbed Hero.” “Maddening traits usually come from maddening people, as their true character surfaces.”

ABC: “The death of Dr. Godfrey George, medical superintendent of Kambia Government Hospital in northern Sierra Leone, was a blow to efforts to keep desperately needed health care workers safe in a country ravaged by the deadly virus.”

Sierra Leone’s small health care system has been strained by the virus, making it difficult to care for patients.

Its health care system was already fragile before the Ebola epidemic because of past conflict and a lack of resources.

George’s overnight death was announced by Dr. Brima Kargbo, Sierra Leone’s chief medical officer. George had been driven to the capital, Freetown, after reporting that he was not feeling well.

Doctors and nurses have been particularly vulnerable to contracting Ebola, as the virus is spread through bodily fluids.  WHO chief Margaret Chan has talked about the disease’s “heavy toll on frontline domestic medical staff.”

A nurse’s release Tuesday from an Atlanta hospital leaves a single person in the United States now battling Ebola, though she and others — including President Barack Obama — stressed the fight against the deadly virus isn’t over.

“While this is a day for celebration and gratitude, I ask that we not lose focus on the thousands of families who continue to labor under the burden of this disease in West Africa,” said 29-year-old Amber Vinson.

Smiling broadly and occasionally brushing aside tears, Vinson was surrounded by relatives as well as Emory doctors and nurses.

Nurse Nina Pham from Dallas, who also had Ebola, was released Oct. 24 from a National Institutes of Health hospital in Bethesda, Md.

Meanwhile, on Monday, Kaci Hickox traveled from New Jersey to Maine, where her boyfriend is a senior nursing student at the University of Maine at Fort Kent.  Hickox, who spent the weekend in a quarantine tent in New Jersey, said she never had Ebola symptoms and tested negative in a preliminary evaluation. She also sharply criticized New Jersey Gov. Chris Christie and New York Gov. Andrew Cuomo for ordering mandatory quarantines.

Hickox, told CNN that her “basic human rights have been violated,” and was released Monday, two days after testing negative for Ebola.  She was seemingly powerless to challenge her banishment to a quarantine tent in Newark.

The nurse’s treatment, as well as the quarantine policies of New York and New Jersey, have been criticized as heavy-handed.