Soft drink sales continue to drop, and few have felt the pain as badly as SodaStream, writes USA Today. The stock has shed more than 70% of its value since peaking two summers ago, because of a sharp drop in the popularity of its products that turn still water into sparkling water.

Concerns about the consumption of sugar and corn syrup haven’t helped, but – oddly – diet soda sales have been falling even harder in recent years.

At the same time, the world’s leading fast-food restaurant – McDonald’s – is changing its value meal offerings:  the restaurant is starting to sell small combo deals that don’t include a soda.

Perhaps these changes are also reflected in the number of McDonald’s closures.  Syracuse.com states: “Around the world, the company said that it was doubling the number of store closures this year to about 700.”

The Social Security Administration projects that its “trust funds” will be depleted by 2033—not an optimistic forecast. But it may be even bleaker than that, according to CNBC network.

New studies from Harvard and Dartmouth researchers find that the SSA’s actuarial forecasts have been consistently overstating the financial health of the program’s trust funds since 2000.

“These biases are getting bigger and they are substantial,” said Gary King, co-author of the studies and director of Harvard’s Institute for Quantitative Social Science.

“[Social Security] is going to be insolvent before everyone thinks,” he said.

The Social Security and Medicare Trustees’ 2014 report to Congress last year found trust fund reserves for both its combined retirement and disability programs will grow until 2019. That’s good news. But program costs are projected to exceed income in 2020 and the trust funds will be depleted by 2033 if Congress doesn’t act.

Projections show that once the trust funds are drained, annual revenues from payroll tax would cover only three-quarters of scheduled Social Security benefits through 2088, according to CNBC.

Consistent reports on Social Security financial indicators started in 1978. The researchers examined forecasts published in the annual trustees’ reports from 1978 until 2013.  They compared the forecasts made regarding variables like mortality and labor force participation rates and compared it to the actual observed data.

Forecasts from trustees reports from 1978 to 2000 were generally unbiased, researchers found.

During that time, the administrations made overestimates and underestimates, but the forecast errors appeared to be random in their direction.

“After 2000, forecast errors became increasingly biased, and in the same direction. Trustees Reports after 2000 all overestimated the assets in the program and overestimated solvency of the Trust Funds,” wrote the researchers, who include Dartmouth professor Samir Soneji and Harvard doctoral candidate Konstantin Kashin.

“In the 1980s, for example, their conservative projections underestimated revenues and overestimated costs, missing the mark for the period by $27 billion in all. In the 1990s, the actuaries were similarly conservative, this time erring by about $200 billion. But in the first decade of this century, the forecasters proved overly optimistic, overestimating revenue and underestimating costs, with the total error reached nearly $1 trillion. (All amounts are in constant 2010 dollars.)”

The research also points to the work of chief actuary of the Social Security Administration as being  “systematically biased and overconfident.” 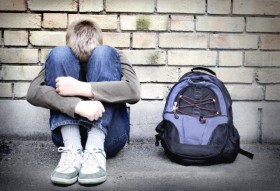 As a response to the $842,000 raised for the anti-gay owners of Memories Pizza in Indiana, progressive activists are crowdfunding to support homeless LGBT youth, according to rhrealitycheck.org.

A campaign named #Pizza4Equality has raised more than $100,000 in just four days to benefit Cyndi Lauper’s True Colors Fund, a national advocacy organization for homeless youth who are LGBT.

On the local level, another fundraising campaign has received more than $30,000 for Indiana Youth Group, which has provided safe spaces and support for LGBT youth in Indiana since 1987.

On Wednesday, President Obama announced an executive order that allows the Treasury Department to impose sanctions against cyber hackers who impose a significant threat to national security, states CNN.

“This Executive Order authorizes the Secretary of the Treasury, in consultation with the Attorney General and the Secretary of State, to impose sanctions on individuals or entities that engage in malicious cyber-enabled activities that create a significant threat to the national security, foreign policy, or economic health or financial stability of the United States,” the President said In a statement announcing the order.

Last November, there was a cyber attack on Sony Pictures that the FBI pinned on North Korea.

At the time Obama questioned Sony’s decision to pull its movie “The Interview.”

According to The Christian Science Monitor, the new executive order authorizes the Secretary of the Treasury, in consultation with the Attorney General and the Secretary of State, to sanction malicious cyber actors whose actions threaten the national security, foreign policy, or economic health or financial stability of the United States.

In January the White House imposed sanctions against officials within the North Korean government as part of what Obama called a “proportional response” to the Sony hacking.

Just recently, a whistleblower who played a pivotal role in the case against JP Morgan came out.

J.P. Morgan played a large role in the mortgage crisis.

J.P. Morgan had routinely overstated the quality of the mortgages that is sold to investors.  When the mortgage securities turned bad, investors lost faith in the financial system, pulling money out, and leading to financial collapse.

Rolling Stone magazine has an article about whistleblower Alayne Fleischmann.