According to the World Health Organization (WHO), MERS – Middle East respiratory syndrome – is a viral respiratory disease caused by a coronavirus (MERS‐CoV) that was first identified in Saudi Arabia in 2012. Coronaviruses are a family of viruses that can cause diseases from the common cold to Severe Acute Respiratory Syndrome (SARS).

Where can MERS be found?

The vast majority of these cases have so far occurred in the Kingdom of Saudi Arabia, according to WHO.

180 cases – including 29 deaths – have been reported in South Korea due to MERS, writes the International Business Times. 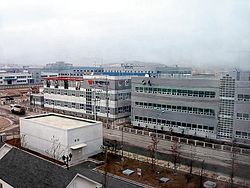 On the Korean peninsula, the jittery season is drawing near: joint military exercises conducted by South Korea and the United States each spring will start next week.

The drills, involving thousands of troops and state of the art military hardware, don’t play well with North Korea.

“Each year, Pyongyang complains and demands a stop to these annual exercises, which it claims to be offensive in nature,” said Sung-Yoon Lee, a professor of Korean studies at Tufts University.

The United States and South Korea stress that the exercises, named Foal Eagle and Key Reserve, are supposedly defensive and non-provocative in nature. The North Korean regime,of course, doesn’t see it that way, and its state media has characterized the drills as rehearsals for an attack.

Philip Yun is the executive director of the Ploughshares Fund, a group that advocates nuclear disarmament. “The North Koreans, being paranoid in their own way, have always had this concern: ‘If there is going to be an invasion, this would be the time,'” said Yun.

In March 2013, the North Korean military went as far as claiming that the United States was carrying out the drills with the aim “to mount a preemptive nuclear strike together with its South Korean puppet forces.”  Playing up the threat also helps the North Korean leadership’s propaganda efforts to control the population, according to Yun.

As well as providing practice for the forces involved, the exercises send a message that the United States “would defend South Korea in the case of a North Korean invasion,” claimed Tong Kim, a visiting scholar at the U.S.-Korea Institute, part of Johns Hopkins University.

North Korea usually responds to the drills with a lot of angry rhetoric and a series of weapons tests.  Near the start of the year, North Korea typically demands the cancellation of the exercises, threats of impending doom are made, and rockets are fired into the sea.

On February 8th, just a day after the North announced it had successfully tested a “cutting-edge” anti-ship missile, North Korea fired five short-range missiles into the East Sea, according to the South Korean Defense Ministry.

The U.S. and South Korean militaries announced Tuesday that the exercises will run from March 2nd to April 24th.

Pyongyang also carries out their own drills each winter that analysts view as offensively minded.

Have the U.S. and South Korea ever suspended their drills?  Yes, amid nuclear negotiations with Pyongyang in early and mid-1990s, Washington held off on the drills several times.

“There is precedent, we have (suspended the drills) before,” said Yun. But he qualified that “circumstances have changed significantly since that period of time.”

North Korea has determinedly pressed on with its nuclear weapons program, regardless of international outcry. It has carried out a series of underground tests and launching long-range rockets that could be used as intercontinental missiles.

In January, Pyongyang suggested it would halt nuclear tests if the United States canceled the joint drills.  The news drew a sharp response from Marie Harf, a U.S. State Department spokeswoman.  Harf seemed convinced the drills with South Korea are defensive and not threatening.

“The offer, as I understand it, which we see as an implicit threat, is for the U.S. to stop doing something that is routine, that is transparent, that is defensive in nature, and that is annual … in exchange for the North Koreans not doing something that is prohibited under multiple U.N. Security Council resolutions and that they are not supposed to be doing,” Harf said.

Why did tensions increase so much in spring 2013?  In 2012, North Korea conducted a long-range rocket test, followed by its third nuclear test two months later.

The United Nations responded with sanctions, and Pyongyang continued to ramp up its threats of nuclear war against South Korea and the United States.

The U.S. decision to fly B-2 stealth bombers – which are capable of carrying nuclear weapons – over the region during the annual military drills only served to further antagonize the North.  “That was a really bad escalation of the tensions in the Korean peninsula,” Tong Kim said of the period.

But Pyongyang’s decisions to carry out the rocket launch and nuclear test were most likely carefully timed, according to Yun, who was part of U.S. teams that negotiated with North Korea under former President Bill Clinton.  “They game everything out. They don’t do things off the cuff for the most part,” he said of the North Koreans. “If they’re going to do something very provocative, they have an extensive decision tree laying out many options.”

Korea was annexed by the Empire of Japan in 1910. In 1945, when Japan was defeated in World War II, Korea was divided into two occupied zones, with the north occupied by the Soviet Union and the south by the United States.

“The Interview” was put back into theaters Tuesday when Sony Pictures Entertainment announced a limited Christmas Day theatrical release for the comedy.

21 people died in the blaze and 8 were injured.  An 81-year old patient suffering from dementia is suspected of setting the fire at a South Korean nursing home.

The blaze happened at night, and most of the victims were elderly patients unable to walk or move freely.