Does this mean that bin Laden isn’t dead? No, it just means there is a new report about the circumstances behind his death.

According to Democracy Now!, the new report written by Seymour Hersh for the London Review of Books says the Obama administration gave a false account of the hunting and killing of Osama bin Laden. It is normally claimed that bin Laden was shot dead four years ago this month in a U.S. raid on his compound in the Pakistani city of Abbottabad.

Hersh is an American investigative journalist and author based in Washington, D.C. According to Wikipedia, he is a regular contributor to The New Yorker magazine. He has also won two National Magazine Awards and is a five-time Polk winner and recipient of the 2004 George Orwell Award.

He first gained worldwide recognition in 1969 for exposing the My Lai Massacre and its cover-up during the Vietnam War.

In his article, Hersh cites interviews with “a retired senior intelligence official” and American sources who “had access to corroborating information,” writes Slate magazine.

Hersh says top Pakistani military leaders knew about the operation and provided key assistance. The U.S. also claimed it helped locate bin Laden by tracking his personal messenger. But Hersh reports a former Pakistani intelligence officer identified his whereabouts in return for the bulk of a $25 million U.S. bounty. Pakistani intelligence was reportedly aware of bin Laden’s location and held him “prisoner” at the Abbottabad compound since 2006.

The White House claimed at the time the U.S. operatives entered from Afghanistan without Pakistan’s knowledge.

Hersh’s article also questions the U.S. account of bin Laden’s shooting, saying there was never a firefight inside the compound and that bin Laden himself wasn’t armed.

A retired American official says U.S. claims of finding information from bin Laden’s computers and documents was a “hoax” to give the false impression he was still operationally important.

Questions were also raised about whether bin Laden was actually buried at sea, as the U.S. claimed.

The White House has denied the accounts given by Seymour Hersh, and the CIA has called the Hersh article “nonsense.”

Stunned onlookers watched in awe as a helicopter swooped into Trafalgar Square in London, England, last night to help a young woman who had fallen from a lion sculpture at the foot of Nelson’s Column, states the UK Daily Mail.

It is understood that the woman, believed to be in her 20s, suffered serious head injuries after falling 11ft from one of the landmark’s iconic bronze sculptures.

The unusual sight of a helicopter landing at one of London’s most famous tourist spots led to witnesses texting and taking to social media to post photos and videos.

London Ambulance Service spokesman confirmed medics were called at 7:24pm to respond to the person who fell at Trafalgar Square.

In England, the soccer team – er, football team – Chelsea moved to within two wins of reclaiming the Premier League title after player Eden Hazard’s goal gave them a narrow victory over Manchester United at Stamford Bridge stadium in Fulham, England.

Victory in the coming games at Arsenal and Leicester City will return the title to Stamford Bridge for the first time since 2010.

London’s Chelsea were pushed all the way by a resurgent Manchester United, looking toward a seventh successive victory.

Manchester United player Wayne Rooney and the recalled Radamel Falcao came closest for Man. U., but once again they fell victim to the resilience and defensive strength that is Chelsea’s trademark under manager Jose Mourinho, assisted by the brilliance of Hazard, states the BBC.

There have been a number of high-profile sexism cases in British football (soccer) in recent years, according to the BBC.

The Football Association is calling on fans to report sexist abuse at games after being shown disturbing scenes of women officials and staff being subjected to obscene chants, according to BBC Sport.

FA board member Heather Rabbatts described the abuse as “horrible”.  She said it should not be tolerated, adding: “We are absolutely encouraging people to report incidents like this.”

The footage was taken at Chelsea matches against Manchester City and Manchester United, as well as a game in the Football League.

Update:  two videos of this incident have been removed from the internet.

The original video below has been removed.

In a video which occurred Tuesday, a group of white English London Chelsea soccer fans are seen pushing a black man out of a subway car as surrounding commuters watch.

“Can I get on or what?” the black man then says in French, only to then get pushed off again, according to the Associated Press.”

Possible 2016 presidential candidate Scott Walker dodged a question on whether he believes in the theory of evolution in London.

A 31-year-old flight attendant who was born in Brazil and lives in London reportedly went under the knife on Monday in Colombia for a six-in-one operation, including an eye augmentation and a procedure to cut his mouth to make his smile bigger.

After spending more than $250,000 on plastic surgery procedures, Rodrigo Alves has been dubbed the new “Human Ken Doll.”

“Hundreds of residents facing eviction from their London estate have scored a massive victory after investors sold the development to an affordable housing charity.

“The New Era estate group – backed by Russell Brand – were facing being made homeless before Christmas after a US investment firm bought the properties for redevelopment.

“Westbrook Partners will now sell the estate to the Dolphin Square Charitable Foundation which says it is committed to providing housing to low and middle income families.”

Brand visits the “Carpenter Estate,” a group of homeless women who have occupied an empty, unused property in London. 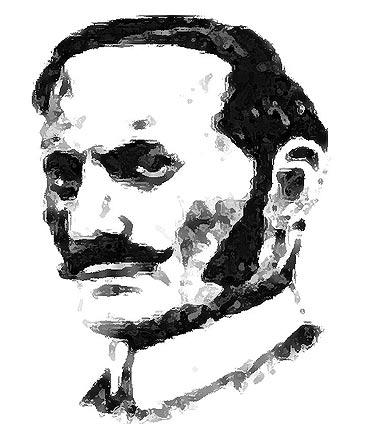 A British author and amateur sleuth says he has unmasked Jack the Ripper, the pseudonymous serial killer who allegedly murdered at least five prostitutes in London in the 1880s.

He terrorized London during the 1880s, and was one of the most notorious serial murderers of all time.  He has supposedly finally been “unmasked,” thanks to DNA evidence.

At least, that’s according to a new book entitled Naming Jack the Ripper, which claims to have definitive evidence that Jack the Ripper was a Polish émigré named Aaron Kosminski.

Kosminski was a hairdresser who had already been a suspect in the murders.

Russell Edwards, who wrote the book, says he solved the mystery with a crucial piece of  evidence he bought at auction a few years ago: a blood-stained shawl said to have come from the murder scene of Jack the Ripper’s fourth victim, Catherine Eddowes.  Eddowes was said to be a prostitute whose maimed body was found in the early hours of Sept. 30, 1888.

The shawl had reportedly been boxed, but never washed.

After purchasing the shawl, Edwards enlisted the help of forensics expert Dr. Jari Louhelainen, a senior lecturer in molecular biology at Liverpool John Moores University. It was found that the shawl had both blood and semen on it.  Louhelainen analyzed the shawl.

The blood sample that Louhelainen analyzed was eventually matched with the DNA of one of Eddowes’ direct descendants, Edwards says, while the semen sample was matched to the DNA of a descendent of Aaron Kosminski’s.