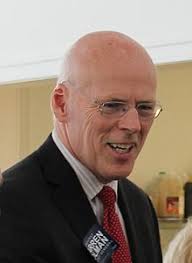 Warren Tolman, the Massachusetts Democratic candidate for attorney general is making his push to mandate “smart guns” a key part of his run.

The candidate is facing former state prosecutor and special assistant district attorney Maura Healy in the upcoming Democratic primary.  He released an ad this week that puts Healy on the spot on the subject of smart gun technology.

Smart guns use fingerprint trigger lock technology to lock up or allow the shooter to use the weapon.   The technology behind the candidate’s proposed mandate is still in its infancy.

“I’m Warren Tolman, and as attorney general, I’ll take on the NRA and use existing state law to require fingerprint trigger locks on new guns sold,” said the hopeful candidate in a 30-second advertisement released to air on local TV throughout the Bay state.

Tolman, a former state lawmaker, plans to mandate smart gun technology on new firearms sold in the state so that no unauthorized user can fire the weapon. The method of implementing this would be through Chapter 93A, Massachusetts’s consumer protection law.

Besides his advocacy for smart guns, Tolman’s platform is heavy on other controversial gun control measures.

In addition to these steps, Tolman promises to, “promulgate additional regulations where there are readily available, common sense solutions.”

Tolman and Maura face off on Sept. 9 to find out who wins the Democrat nomination and go on to challenge Republican candidate John Miller.