Bill O’Reilly played “Devil’s advocate” recently and said that based on the recent DOJ report on Ferguson police, they were very specifically “targeting blacks,” according to MediaITE.

St. Louis radio talk show host McGraw Milhaven disputed some of the statistics, but O’Reilly didn’t buy into it.

O’Reilly said, “You don’t have to give a ticket to somebody who’s not crossing the street properly. They’re targeting it. They’re doing it for money, they want the money, and it’s an easy play.”

The family of an unarmed Mexican man who was fatally shot by the Washington State Police say they are seeking justice — with the help of Benjamin Crump, the civil rights attorney who represented Michael Brown’s family in Ferguson, Mo., according to The New York Daily News.  Crump also represented the family of Trayvon Marton in Florida.

Antonio Zambrano-Montes, 35, was killed by police officers in Pasco, WA on February 10th, and the incident was captured on video and has caused regional protests.

The victim’s family hired high-profile attorney Benjamin Crump to represent them, a week after a different attorney filed a $25 million claim against the city on their behalf.

“The family wants the truth out,” Crump told the Tri-City Herald. “That’s one of the things they called me for.”

Crump — who represented the family of Trayvon Martin, the black teenager killed by neighborhood watch leader George Zimmerman in 2012 — said he planned to review video of Zambrano-Montes’ death to see if the shooting was “appropriate.”

This is a look at one of Rudy Giuliani’s most racist showings on Meet the Press, when and said cops wouldn’t have to patrol black neighborhoods if black people weren’t killing each other so much. 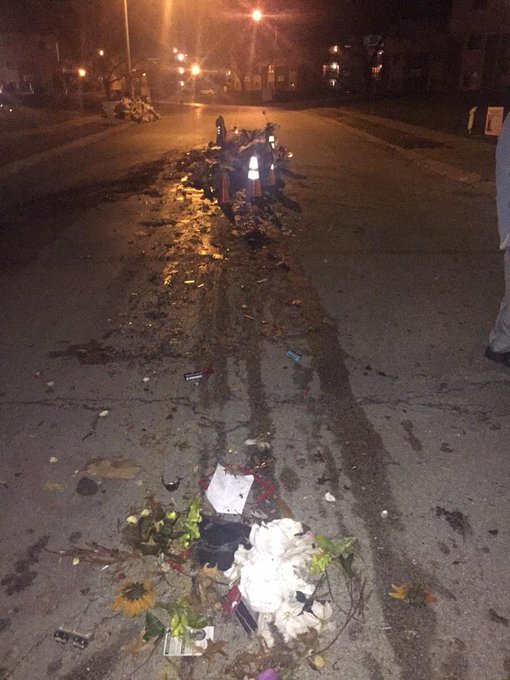 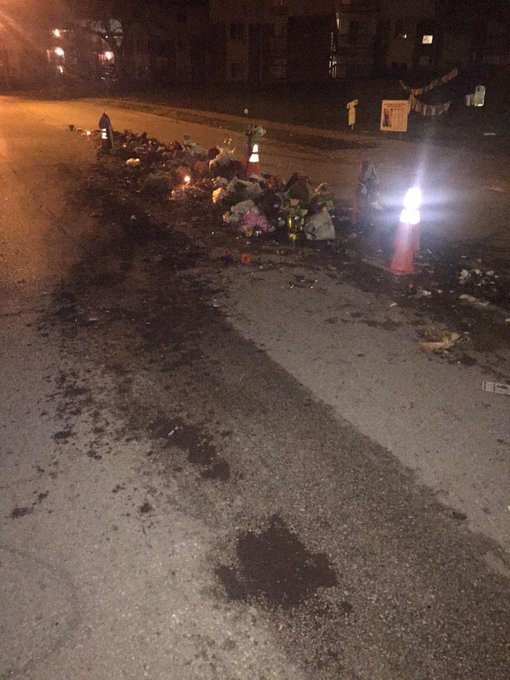 According to Mediaite, a memorial set up on the street where Michael Brown was fatally shot was destroyed recently when a car crashed into it.  Based on reports, the destruction of the memorial appears to have been deliberate.

Reports say that people in the community rallied to rebuild and restore the memorial overnight. 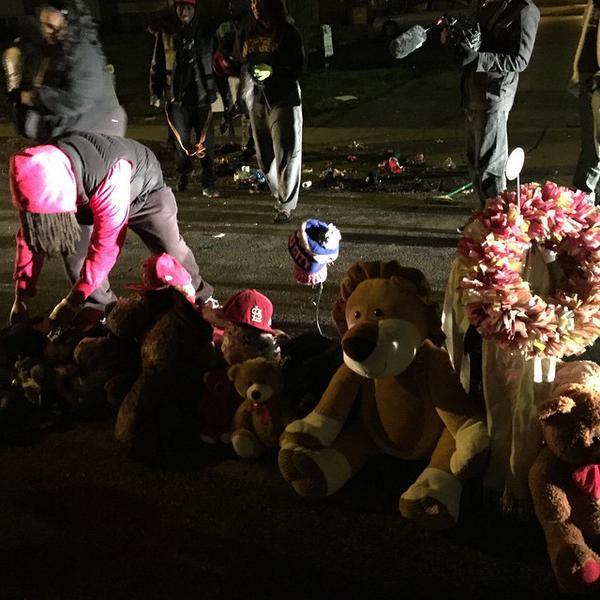 Who is Jordan Baker?

Last January, Jordan Baker, an unarmed black man, was in northwest Houston when he was shot and killed by police.

On Tuesday, Dec. 23, a Harris County grand jury cleared the HPD officer in the shooting death of Baker.

Baker, a Houston Community College student, struggled, ran away, and then allegedly put his hands in his waistband and charged toward Castro. That’s when the officer shot and killed him.

The LAPD are investigating LA Officers performing a song parody mocking the killing and death of Mike Brown.

According to the Huffington Post, the song was performed at a retired officer’s party.

According to MSNBC, “witness 40” spoke on the record for the first time to the St. Louis Post-Dispatch, raising new questions about the Bob McCulloch’s grand jury process.

NY Daily News states that witness 40 – Sandra McElroy – claims her version of events, which happened some 30 miles from her St. Louis home, is the truth, and that investigators just tried to discredit her “because of my racial slurs.”

McElroy presented the grand jury with copies of her Aug. 9 journal entry about her “random drive to Florisant (sic)” in her attempt to “understand the Black race so I can stop calling Blacks N—–s.”

McElroy’s racism is well-documented in her social media footprint.

She also used Facebook to chime in on the Ferguson shooting. On Aug. 17, she wrote, “Prayers, support God Bless Officer Wilson,” and used the social media site to try to raise money for the officer.

In her journal entry about the Ferguson shooting, she wrote, “The cop just stood there dang if that kid didn’t start running right at the cop like a football player head down.”

John Crawford III was a 22-year-old black man who was shot and killed by police at an Ohio Wal-Mart while holding a toy gun. The events happened on August 5th, 2014 in Beavercreek, Ohio. A 911 caller at the Wal-Mart allegedly said that Crawford was waving the gun around and pointing it at people. The gun was a BB gun.

Tuesday, the family of Crawford filed a civil lawsuit against the police officers involved and Wal-Mart. The family is seeking $75,000 in damages, according to the suit. Crawford’s father, John Crawford Jr., appeared Tuesday with family attorneys Michael Wright, Richard Schulte and Shean Williams at a press conference in Dayton, Ohio. “The criminal justice system has refused to hold the officers accountable, so the civil justice system must,” Wright said.

THOUSANDS of protesters walked through parts of New York and Washington yesterday, stepping up demonstrations across the US demanding justice for black men killed by white police.

The rallies in Washington D.C., New York, Boston, and several Californian cities were among the largest in a growing protest movement sparked by the killing of ­unarmed teenager Michael Brown in Ferguson, Missouri on August 9.

Demonstrators shut down parts of Manhattan and Washington’s Pennsylvania Avenue with cries of “No justice, no peace!”, “Justice Now!” and “The whole damn system is guilty as hell!”.

The mixed crowds of black and white mobilised many young people but also young families, parents and the elderly.

The Garner and Brown families were joined in Washington by relatives of 12-year-old Tamir Rice, who was shot dead last month by Cleveland police, and of Trayvon Martin, who was killed in Florida by neighborhood watchman George Zimmerman in 2012.

Garner’s widow and wife took to the stage before the energized crowd. “I am here not only marching for Eric Garner, but for everyone’s daughters and sons and nieces and nephews and dads and moms,” Esaw Garner said.

Garner’s mother Gwen Carr said the protests would continue until congress responded to ­demands for reform.

“You thought it would be kept quiet. You thought you’d sweep it under the rug. You thought there would be no limelight. But we’re going to keep the light on Michael Brown, on Eric Garner, on Tamir Rice, on all of these victims,” said Sharpton.