The high sales of a tiny figurine of the Protestant reformation figure Martin Luther, have confounded its maker, Playmobil, by becoming the company’s fastest-selling figure of all time.

The German toy manufacturer announced this week that the first edition of 34,000 pieces sold out in less than 72 hours, forcing the company to urgently request its factory in Malta to produce more of the so-called “little Luthers”. Fans have been warned that the next batch will not be available until the end of April. 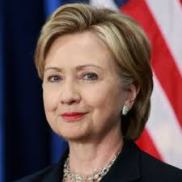 Clinton, who is widely expected to announce a bid for president next year, has held the “most admired woman” title 17 times in the past 18 years – breaking the streak only once, in 2001, when then-First Lady Laura Bush snatched the top spot following the 9/11 terrorist attacks.

This is the president’s seventh consecutive year topping the “most admired” list – a not-so surprising feat as sitting president’s have typically held this spot.