A New York City police officer was shot in the head Saturday night, states the Associated Press.  The man accused of shooting the officer will be arraigned Sunday on charges including two counts of attempted murder of a police officer, officials said.

No evidence has been given that the shooting was related to protests or riots.

Demetrius Blackwell was arrested Saturday night in the shooting of Officer Brian Moore, who remained hospitalized in critical but stable condition.

The AP:  “Bratton said Blackwell has a criminal record that includes a weapons possession charge, but the suspect made no such anti-police postings and was being pursued by the anti-crime officers because of his behavior.”

Blackwell, 35, was expected to be arraigned Sunday afternoon, the Queens district attorney’s office said. It was not clear if he had a lawyer.

Recently, an NYPD pilot reportedly made a mistake while at the controls of a police helicopter during a training exercise and crashed — causing more than $700,000 in damage, stated The New York Post on Tuesday.

The police lieutenant was piloting the chopper at Floyd Bennett Field in Brooklyn on April 3rd when “something went wrong” while he tried to simulate an autorotation 200 feet in the air, sources said.

He first put the engine in “idle” as required when he reached the rotation altitude, sources said. But then instead of causing an engine “flare’’ by increasing the throttle to 100 percent and creating the rotation, he lost control of the aircraft, sources said.

In related news, in 2014, an air traffic control recording confirmed that a New York Police Department helicopter flew at a drone hovering near the George Washington Bridge.  Also, police never appeared to worry about a crash with the drone.

Two men associated with the drone were later charged with felony reckless endangerment in that situation, even though the helicopter flew at the drone and not the other way around.

Below is a recording of the audio transmission from that incident. 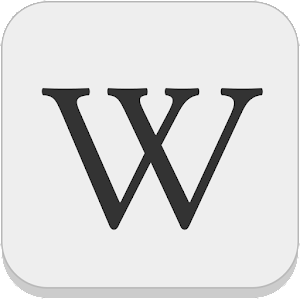 According to Yahoo News, after a video of NYPD police officers turning their back on New York’s Mayor Bill de Blasio went viral over the weekend, the city’s Police Commission Bill Bratton says he does not support “that particular activity.”

The officers were waiting at a Brooklyn hospital where the two policemen were being treated after being shot in their patrol car by a lone gunman who officials say was out for revenge for the deaths of Michael Brown of Ferguson, MO and Eric Garner of Staten Island, NY.

“I don’t support that particular activity,” Bratton said on NBC’s “Today” show of the back-turning.  “I don’t think it was appropriate, particularly in that setting, but it’s reflective of the anger of some of them.”

According to the AP, a grand jury cleared a white New York City police officer Wednesday in the videotaped chokehold death of an unarmed black man who had been stopped on suspicion of selling loose, untaxed cigarettes, a lawyer for the victim’s family said.

The decision in Staten Island not to indict Officer Daniel Pantaleo threatened to add to the tensions that have simmered in the city since the July 17 death of Eric Garner – a case that sparked outrage and drew comparisons to the fatal police shooting of 18-year-old Michael Brown in Ferguson, Missouri.