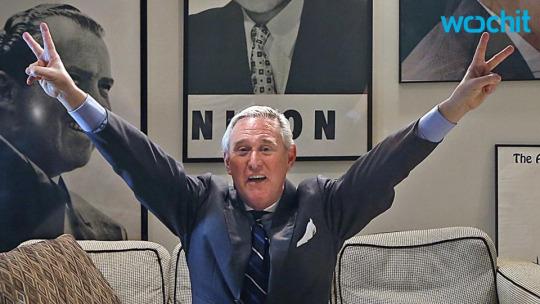 Officers were called to a terrible scene in Central Phoenix recently, writes Fox10 Phoenix. Investigators said they found a woman’s body decapitated and two dogs killed inside an apartment. On Sunday, police identified the victim as 49-year-old Trina Heisch.

According to Reuters, the scene was discovered Saturday morning after a neighbor decided to check on the welfare of a married couple he knew had mental health issues.

When the husband opened the door to the couple’s home he was naked, a portion of his left forearm was cut off, and his right eye was missing.

The neighbor called police who entered the home and found the headless body of Trina Heisch, 49, in a bedroom closet along with two dogs. The animals had also been decapitated. Large amounts of blood was spread across floors, cabinets and walls of the apartment, police said.

The suspect has not been named, but police said he was believed to be Heisch’s husband. He was taken to an area hospital where he underwent surgery. Police said he admitted to killing “three of his family members” and will be charged in Heisch’s murder when released from the hospital.

Recently, MSNBC decided to cancel Ed Schultz’s “The Ed Show.” He will reportedly be replaced with a more “moderate” anchor – Meet The Press’ Chuck Todd. Schultz is known for giving more liberal politicians a platform to speak.

Schultz has talked with left-wing Senator Bernie Sanders “many times” on his show, writes MediaITE.

How does Sanders feel about MSNBC getting rid of The Ed Show?

Politico reports that Senator Sanders said Thursday that he is “disappointed” in Comcast’s decision to remove Ed Schultz from its lineup.

This seemed to confirm earlier reports that Schultz’s “Ed Show” was one of several MSNBC programs to be canceled.

“We live in a time when much of the corporate media regards politics as a baseball game or a soap opera,” the Democratic presidential hopeful said in a statement. “Ed Schultz has treated the American people with respect by focusing on the most important issues impacting their lives,” Sanders said, according to Politico.

Sanders continued: “He has talked about income and wealth inequality, high unemployment, low wages, our disastrous trade policies and racism in America.

“I am very disappointed that Comcast chose to remove Ed Schultz from its lineup. We need more people who talk about the real issues facing our country, not fewer,” Sanders continued. “At a time when a handful of large, multinational corporations own our major media outlets, I hope they will allow voices to be heard from those who dissent from the corporate agenda.”

Above, Schultz speaks with Sanders soon after he declared he would be running for President.

Who is Alan Grayson?

Wikipedia states that Alan Mark Grayson (born March 13, 1958) is the United States Representative for Florida’s 9th congressional district. He is a member of the Democratic Party.

He previously served as Representative for Florida’s 8th congressional district from 2009 to 2011, but was defeated for re-election in 2010 by Republican Daniel Webster. He was then elected in 2012 for a second, non-consecutive term in the House of Representatives, defeating Republican Todd Long. He was re-elected in 2014.

Grayson is a well-known figure on liberal web sites.  What are Grayson’s views on trade?

Sam Seder / Majority Report discusses the presidential campaign of business mogul Donald Trump and his “war” with NBC and Univision.

In other news, Latino rapper Pitbull recently took aim at Trump for his ill-advised remarks on Mexican immigrants in America by declaring the would-be politician had blown his chance of becoming president of the U.S., writes kerngoldenempire.com.

Last month, at his announcement that he would run for President, Trump suggested many Mexicans in the U.S. are “rapists” and “criminals.”

As a result of his controversial remarks, bosses at networks NBC, Univision and Televisa decided to dump coverage of his Miss USA pageant, which aired to low ratings over the weekend.

During his acceptance speech, Pitbull took a moment to call out Trump for his remarks, prefacing his own comments by admitting that he’s stayed at Trump’s hotels and used his helicopters.

He said, “I am not political. I am a musician. But more than anything, I am Latino.”

The Miss USA pageant ended up airing on July 12th on ReelzChannel, which is available on satellite providers DirecTV, Dish Network, and AT&T U-verse channel 799, according to NOLA.com.

Democratic presidential candidates were in Iowa for the first face-off of the 2016 primary, a contest that remains dominated by Hillary Rodham Clinton, writes the Vermont publication Times Argus.  The event took place on Friday, according to the Kansas City Star.

All five Democratic primary candidates were on the program for a dinnertime fundraiser sponsored by the state party in Cedar Rapids, creating an opportunity for her challengers to confront Clinton before more than 1,200 influential party activists in the crucial caucus state.

Three months into what seems like an “all-but-inexorable” march to the nomination, Clinton has already built a vast campaign infrastructure, establishing a multistory headquarters in Brooklyn, New York, and placing hundreds of staffers across the country, according to Times Argus.

An Associated Press-GfK poll released this week found her standing falling among Democrats, with about 70 percent of Democrats giving Clinton positive marks, an 11-point drop from an April survey. Nearly a quarter of Democrats now say they see Clinton in an unfavorable light.

She added: “I’m very pleased with the support I have.”

Just 17 percent of the $47 million that Clinton has raised since announcing her campaign came from contributions of $200 or less. In comparison, Vermont Sen. Bernie Sanders has fueled his insurgent challenge to Clinton with small donations, pulling in three-quarters of his more than $15.2 million haul from smaller amounts.

In recent weeks, Sanders has filled arenas with voters eager to hear the message of the self-described “socialist,” who’s become Clinton’s chief rival.

So far, he’s refused to directly criticize Clinton, though he’s questioned her positions on issues like trade, Wall Street regulations and the Keystone XL pipeline.

“I like her. I respect her,” Sanders said on Tuesday, after joining his fellow Senate Democrats at a luncheon with Clinton on Capitol Hill. “It is not necessary for people to dislike each other or attack each other just because they’re running for office.”

Sanders is running in the Democratic primaries – the same party as Hillary Clinton, which makes Clinton his biggest competition.

MSNBC claims that polling shows Sanders second to Hillary Clinton in the polls for the democratic nomination, 52% to 33%.