According to The Guardian, a person who recently returned from west Africa is being tested in a Northern Irish hospital for Ebola.

The Royal Victoria hospital in Belfast has isolated the patient according to the Public Health Agency (PHA) on Sunday.

The patient has already tested positive for malaria while a blood sample will confirm whether they have also contracted Ebola.

Nursing staff at the west Belfast hospital are wearing protective clothing while caring for the patient, in accordance with new safety measures.

“The patient being treated in the Royal Victoria hospital, Belfast, has tested positive for malaria, and an Ebola test is being done as a precautionary measure,” a PHA statement said. “The PHA is liaising with colleagues and has advised that there is no increased risk to the wider community.”

The PHA stressed that the likelihood of contracting Ebola was extremely low unless the person had come into contact with blood or body fluids of a symptomatic person, adding that the risk to the public was low.

The agency added that it was in contact with the rest of the health service in the region.

In the UK, the conservative Tory party has plans to stop British laws from being overruled by human rights judgements from the European Union.

Justice Secretary Chris Grayling said if the Tories won the 2015 election, a new Bill of Rights would give UK courts and Parliament the “final say”.  There should be no “legal blank cheque to take human rights into areas where they have never applied”, he added.

Former Attorney General Dominic Grieve said the plans were flawed.  The Tory MP said they would be “difficult to implement” and risked “undermining” the UK’s – and his own party’s – tradition of upholding human rights.

Left-wing British parties such as Labour and the Lib Dems have said the proposals are politically motivated while the UK Independence Party claimed they were “worthless”.

In his speech to the Conservative conference on Wednesday, David Cameron said if his party formed the next government, it would replace the Human Rights Act with a British Bill of Rights and Responsibilities.

The Conservatives have pledged for a decade to scrap the 1998 Human Rights Act, introduced under the Labour government, which incorporates the European Convention on Human Rights into British law. 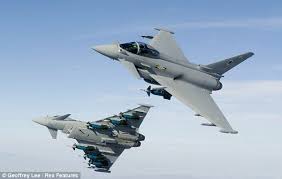 A poll for The Independent showed that 50 per cent of people in Britain said that Britain should not launch airstrikes against ISIL militants, compared with 35 per cent who think it should.

David Cameron has raised the prospect of Britain joining American air strikes in Iraq and Syria, stating that he is prepared to “act immediately” without first informing MPs if national security is threatened.

The statement came as British forces flew more than nine tons of assault rifle ammunition to Kurdish forces in Iraq.

Two RAF C-130 Hercules planes landed in Irbil, the capital of the Kurdish region of Iraq, to deliver the ammunition and hundreds of sets of body armor, helmets and sleeping bags.

Asked if he was “open to direct military participation”, Mr Cameron said: “I don’t rule anything out. I don’t think we should.” He added: “If there was a direct threat to British national interest, or indeed, as in the case with Libya when we had to act very, very rapidly to prevent a human catastrophe, the British Government must reserve the right to act immediately and to inform the House of Commons afterwards.”

He also said the Government will push through restrictions on terrorism suspects.  For example, they may force terrorist suspects to relocate from their home towns or create “exclusion zones” where they are not allowed to travel.  People returning from Iraq and Syria will also undergo a compulsory “deradicalization program”.The Prime Minister also said airlines will be prevented from landing in Britain unless they release details of all passengers on their planes.

“Tolerance must never be confused with the passive acceptance of cultures living separate lives or people behaving in ways that run counter to our values,” Cameron said.