Glenn Greewald is a journalist who became widely known after The Guardian published the first reports of United States and British global surveillance programs that were based on classified documents disclosed by Edward Snowden.  Greenwald worked on the first articles about Snowden.

According to HuffPost, Greenwald responded to Dick Cheney’s recent “Meet The Press” appearance with a blistering critique that indicted both Cheney and President Obama.

“The reason why Dick Cheney is able to go on ‘Meet The Press’ instead of being where he should be — which is in the dock at The Hague or in a federal prison — is because President Obama and his administration made the decision not to prosecute any of the people who implemented this torture regime despite the fact that it was illegal and criminal,” Greenwald said.

According to the Wall Street Journal, the White House is drafting options that would allow President Barack Obama to close the detention facility in Guantanamo Bay by overriding a congressional ban on bringing detainees to the U.S., senior administration officials said.

Such a move would be the latest and potentially most dramatic use of executive power by the president in his second term.

When we, the supposed leaders of the free world, don’t punish the worst political criminals in our history, it sets a terrible example for the rest of the world.

And when we fail to come to grips with our own country’s crimes, we don’t have any business calling out other countries for their crimes. 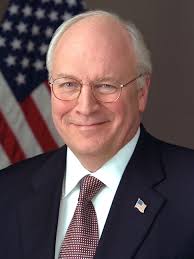 To see how badly our not prosecuting the Bush war criminals is affecting the rest of the world, all we need to do is take a peak across our southern border at what’s going on in Mexico right now.

According to a new report from Amnesty International, the use of torture by Mexican authorities has grown by over 600 percent over the past decade as the War on Drugs has spiraled out of control.

This is a humanitarian disaster, and under normal circumstances the U.S. government could use its clout as the world’s leading democracy to pressure the Mexican government into changing its ways. But thanks to the Bush administration, we have no moral authority left.

We can talk all we want about human rights and respecting the rule of law, but when people like Dick Cheney are allowed to get away with running an illegal and unconstitutional torture program, everything we say rings hollow.

Sure, the Obama administration ordered the CIA to stop torturing people five years ago, but until Dick Cheney and everyone else who actually authorized and ran that torture program are sent to jail, or at least publicly repudiated, countries around the world will continue to imitate our bad behavior and use us to justify it.

Like it or not, as the most powerful country in the world, the United States sets the gold standard for global behavior. So when we do terrible things and nobody is held accountable, that gives the green light for everyone else to do the same.

But being the most powerful country in the world is also opportunity, an opportunity to show other countries how things should be done.

That’s why it’s time we put Dick Cheney and the other senior officials in the Bush administration who promoted torture on trial for their crimes.

This isn’t about politics, it’s about common sense.

If we ever want to be a moral authority in the world again, we have to lock Bush, Cheney, and everyone else in their criminal crew in jail and throw away the key.

It’s a vicious cycle:  some countries see that the U.S. tortured people, so now it becomes “fair game” for them, too.

ISIS certainly does it.  Mexico does it.  It is exceedingly difficult for America to claim the moral high-ground after the previous torture campaign. 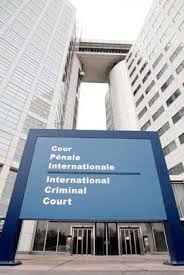 According to Reuters, “the possibility of a war crimes investigation into the conduct of Israeli forces in Gaza…has grown after the Palestinians said this week they wanted to become a party to the International Criminal Court.”

The Palestinians this week unexpectedly said they are just one procedural step away from ICC membership.  The court is located in The Hague, in The Netherlands.

The legal groundwork for such a move was laid in Nov 2012 when the 193-member U.N. General Assembly overwhelmingly approved the de facto recognition of the sovereign state of Palestine by upgrading the Palestinian Authority’s observer status to “non-member state” from “entity.”

A U.N. inquiry has also been launched into human rights violations.

ICC membership would also expose the Palestinians themselves to possible prosecution.

The Guardian states that the power of the ICC prosecutor arises only in two relevant circumstances: first by a reference from the UN security council.  This is sure to be blocked by at least one of the five permanent members – by the US (always protective of Israel), by Russia (afraid of where a criminal investigation of Malaysia Airlines flight MH17 might lead), by China (obsessed with state sovereignty), and even by Britain and France.”

There is also another alternative basis for empowering the ICC prosecutor: a state that has signed up to the ICC treaty may require the prosecutor to investigate international crimes committed by its own people.

Without approval by the UN security council, it could prove difficult to bring a case to the ICC.