The Kurdish government in Iraq says it has evidence examined by an independent laboratory confirming that the Islamic State (ISIS) used chemical weapons against Kurdish Peshmerga fighters.

A statement Saturday from the Kurdistan Region Security Council said that the chemical weapon attack involved chlorine gas used in a Jan. 23 suicide car bomb attack in northern Iraq, according to AOL.com.

It said the alleged attack took place on a road between Iraq’s second-largest city, Mosul, and the Syrian border.  The statement said it happened as Peshmerga forces fought to control a vital supply line used by the Sunni militants ISIS.

The Kurds say samples were analyzed by an “unnamed lab” in an “unnamed coalition partner nation,” which found traces of chlorine.

In another twist to the complicated system of allies and enemies of the Middle East, an Islamic State fighter currently under trial in a Turkish high criminal court has implicated Turkey’s state intelligence service in the willful transfer of weapons and military hardware to the terror organization.  This was reported by Today’s Zaman on Monday.

Turkey is also a NATO ally of the U.S.

Mehmet Askar, who was detained together with another 11 suspects belonging to Islamic State and other jihadist groups revealed that in 2011, a planned transfer of arms was hampered by the capture of a key border town by the Syrian army, blocking the route often used to infiltrate the war-torn Arab country.

Askar’s accomplice, Haisam Toubalijeh, also known as Keysem Topalca, who was involved in a weapons transfer thwarted in 2013 by Turkish forces, reassured him that contacts inside MIT, Turkey’s intelligence organization, would help facilitate the movement of the cache, which included some 100 NATO rifles across the border.

According to the BBC, a security guard in Brazil is said to have confessed to 39 killings but had no particular motive and knew none of his victims, as Wyre Davies reports.  The Brazilian police have arrested him and say that the murders occurred over a three-year period.

He was arrested in the central Brazilian city of Goiania by a special police team investigating the murders.

“Police said that Gomes da Rocha approached his alleged victims on a motorbike with his face hidden, and that he often demanded valuables from his victims before shooting them and leaving without their possessions. He was arrested Tuesday, after being stopped by police for having a fake number plate on his motorcycle. This led to a search of the home he shared with his mother, where police discovered a .38 revolver, which is thought to be the weapon used in the murders. Gomes da Rocha reportedly confessed to the killings while in custody.”

The BBC:  “(Police) said Thiago Henrique Gomes da Rocha – who approached his alleged victims on a motorbike with his face hidden – was cold but driven by rage.  Police said he often demanded valuables from his victims before shooting them with a .38 handgun and leaving without their possessions.  Police said the 26-year-old man targeted homeless people, women and homosexuals.”

A police official who had been present at the interrogations told a Brazilian TV channel the killer called his victims by the numbers 1 to 39.  “We have been shocked by his coldness,” the official said.

He never knew those he targeted, police said, and acted out of an inner “fury” that he felt “against everything”, which only subsided when he committed murder.  Police said he would feel remorse after killings, which fueled his anger more.

According to Mail Online, the man had a certain way of killing:  Prostitutes were stabbed. Homeless men were shot. Gays he choked.

Mail Online:  “And young women — the victims he came to savor killing the most — he would shoot in the chest.”

The alleged suspect had also described accurately the locations of each murder and the emotions he had felt at the time, and police said he fired on his victims while cruising the streets.

Investigators said they were sifting through evidence, including closed-circuit TV footage, and had seized weapons and stolen license plates from his grandmother’s home.

Germany’s defense minister said the arms would be sent in three shipments, starting next month, and would initially be enough to equip a brigade of 4,000 Peshmerga fighters.

Deutsche Welle states that Germany has shipped more than 100 tons of aid deliveries to help refugees in the country. In addition to humanitarian aid, Germany is also going to send military equipment to help support Kurdish fighters. The first package has already been put together. It contains defensive equipment such as helmets, body armor and walkie-talkies but not weapons.

There are six soldiers based at the German consulate general in Erbil that have been tasked with delivering military equipment.  If needed, they will also coordinate instructions on site, according to the website of the German armed forces.

There are some critics in Merkel’s government coalition. Opposition Left party is critical of arms transfers to crisis areas; the Green opposition party has not yet expressed a party view on the issue.

The German government has announced that they will let parliamentarians vote Monday on sending weapons to Kurds in Iraq, even though the government doesn’t have to follow this procedure from a formal point of view. It’s widely expected to achieve a majority in parliament.

However, according to a recent poll, two thirds of Germans are against weapons deliveries.

Since the beginning of June, the United States has helped peshmerga fighters and the Iraqi army by carrying out air strikes and supplying military equipment.  Other countries have said they intend to send weapons and ammunition as well, including Albania, France, the UK, Canada and Croatia. Denmark wants to provide a cargo plane. Iran delivered weapons last Tuesday. 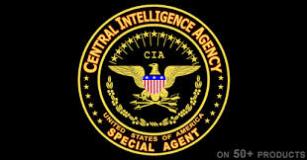 The U.S. is directly arming Kurdish fighters in their battle against Islamist militants in northern Iraq, security officials told NBC News on Monday.

In the past, the U.S. had channeled all weapons – including ammunition – through the Iraqi government in Baghdad.

Revelations that the CIA is sending arms directly to Kurdish forces, known as the peshmerga, come as the U.S. continues to carry out airstrikes in northern Iraq against Islamic State of Iraq and al-Sham (ISIS) installations.

U.S. officials told NBC News that the CIA will be sending a variety of arms, including small arms and shoulder-fired weapons, to the peshmerga.