On Wednesday June 10th, 2015, WikiLeaks published the Healthcare Annex to the secret draft “Transparency” Chapter of the Trans-Pacific Partnership Agreement (TPP), along with each country’s negotiating position.

The TPP trade agreement has not been released to the public, and much of what we know about it comes through leaks.

The TPP is the world’s largest economic trade agreement that would cover more than 40 per cent of the world’s GDP.  Despite the wide-ranging impacts on the global population, the TPP and the two other mega-agreements that make up the “Great Treaty” – (the TiSA and the TTIP) – are being negotiated in secrecy. Together, those three trade agreements would cover two-thirds of global GDP, states WikiLeaks.

According to WikiLeaks, the Healthcare Annex seeks to regulate state plans for medicine and medical devices. It forces healthcare authorities to give large pharmaceutical companies more information about national decisions on public access to medicine, and it grants corporations greater powers to challenge decisions they believe are harmful to their interests.

Expert policy analysis, published by WikiLeaks today, shows that the Annex appears to be designed to cripple New Zealand’s strong public healthcare programme and to inhibit the adoption of similar programmes in developing countries. The Annex will also tie the hands of the US Congress in its ability to pursue reforms of the Medicare programme.

The TPP Healthcare Annex can be found here:

The free trade agreement is supported by an unusual coalition of President Obama and mostly right-wing Republican Congresspersons (and a few center-right Democrats). Oddly, the right-wing website Breitbart recently wrote an article against the agreement, calling the TPP “ObamaTrade.”

Regarding the TPP, Wikipedia states,

“Although the text of the treaty has not been made public, Wikileaks has published several documents since 2013. A number of global health professionals, internet freedom activists, environmentalists, organised labour, advocacy groups, and elected officials have criticised and protested against the treaty, in large part because of the secrecy of negotiations, the agreement’s expansive scope, and controversial clauses in drafts leaked to the public.”

The WikiLeaks website says that “Over the last two years WikiLeaks has published three chapters of this super-secret global deal, despite unprecedented efforts by negotiating governments to keep it under wraps.”

United States Senator Elizabeth Warren has said, “[They] can’t make this deal public because if the American people saw what was in it, they would be opposed to it,” according to WikiLeaks.

The remaining 26 chapters of the TPP trade deal are closely held by negotiators and the big corporations that have been given privileged access. Today, WikiLeaks is taking steps to bring about the public’s access to the missing chapters of the trade agreement.

The TPP is the largest agreement of its kind in history.  It is a multi-trillion dollar international treaty being negotiated in secret by the US, Japan, Mexico, Canada, Australia and 7 other countries. The treaty aims to create a new international legal regime that will allow transnational corporations to bypass domestic courts, evade environmental protections, police the internet on behalf of the content industry, limit the availability of affordable generic medicines, and drastically curtail each country’s legislative sovereignty.

Sources claim that anywhere from 700,000 to 5 million jobs were lost in the U.S. due to the NAFTA trade agreement.

Wikileaks is also crowd-sourcing $100,000 as a reward for the rest of the agreement (26 chapters) that has not been brought to light.

The TPP bounty also heralds the launch of WikiLeaks new competition system, which allows the public to pledge amounts towards each of the world’s most wanted leaks. For example, members of the public can now pledge money on the missing chapters of the TPP. 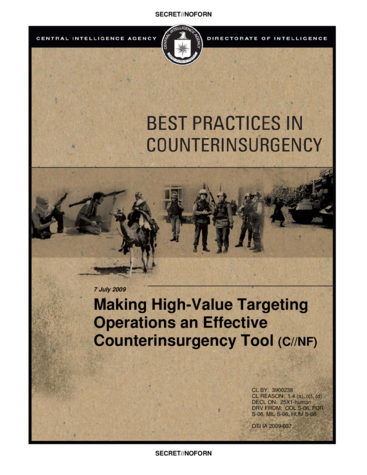 Julian Assange used hologram technology to appear on Sunday for a speech at The Nantucket Project, a Massachusetts conference similar to “TED” talks.

The 43-year-old Australian native has been able to speak at several events from his “house arrest” thanks to Skype, but Sunday marked the first time he has appeared as a hologram. He is still living under “diplomatic asylum” at the Ecuadorian embassy in London.

The hologram event was organized from inside the embassy by London-based British billionaire Alki David, whose company Hologram USA owns the technology which made the transmission possible.

Links tweeted by WikiLeaks called attention to the development of crowd control doctrines by the US military, the most recent of which are explained in a U.S. Army Techniques document dated April 2014, titled “Civil Disturbances.”

The main concepts elaborated in the document include crowd dynamics, behavior theories, crowd types, and a “Graduated Response Matrix (GRM).”

The GRM provides for numerous levels of escalating psychological and physical pressure against a targeted crowd, including:

* Exploit the psychological effect of shows of force.

The document points to various dissident political groups as main targets of the Army’s crowd control planning. “Examples of well-organized groups are anarchists, anti-globalization groups, and anti free enterprise groups,” the US Army document states.  The paper further cites demonstrations coordinated by labor groups, specifically citing the 2011 protests at the Wisconsin capitol. “Labor unions played a large role in the 2011 Wisconsin protests that included passing on information and transporting participants,” the document states.

Techniques outlined in the document include the use non-lethal weapons, “pain compliance” measures, lethal overwatch teams (snipers), and deployment of aircraft overhead (said to have a “psychological effect”). The use of military working dog (MWD) teams is highlighted as an especially effective “intimidation measure.” “The presence of the MWD may produce a profound psychological effect on the crowd,” the document states.

The document calls for deployment of “overwatch” sniper teams to intimidate crowds and pick off suspected leaders and organizers. Such use of snipers to instill fear into demonstrators were recently on display in Ferguson, Missouri, where protests against the killing of Michael Brown were subject to a crackdown by militarized police forces.

Ominously, the document outlines conditions under which the Posse Comitatus Act of 1878, which prohibits the use of the US military for police actions on American soil, will not apply.

Under a range of loosely defined “exceptional” conditions, the military can conduct unrestrained operations within the United States, the document notes.

In “emergency extraordinary circumstances,” including vaguely defined contingencies such as “unlawful obstruction or rebellion against the authority of the United States,” US military commanders are empowered to carry out, without requiring any form of civilian authorization, “activities that are necessary to quell large-scale, unexpected civil disturbances,” the document states.